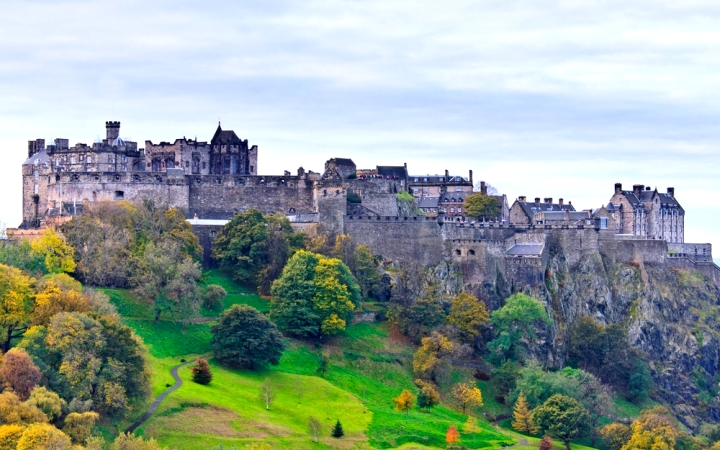 Edinburgh Castle sits high on Castle Rock more than 250 feet above Scotland’s Capital and dominates the city’s skyline. In fact, the impressive rocky foundation is actually a 70 million year old extinct volcano. The rock’s military potential has been utilized since ancient times and there has been a fort here since at least the Iron Age. The castle has been home to numerous kings and queens of Scotland and Mary Queen of Scots gave birth to James VI in the royal palace here in 1566. The Stone of Destiny, upon which Scottish kings were enthroned for centuries, is displayed in the Crown Room.