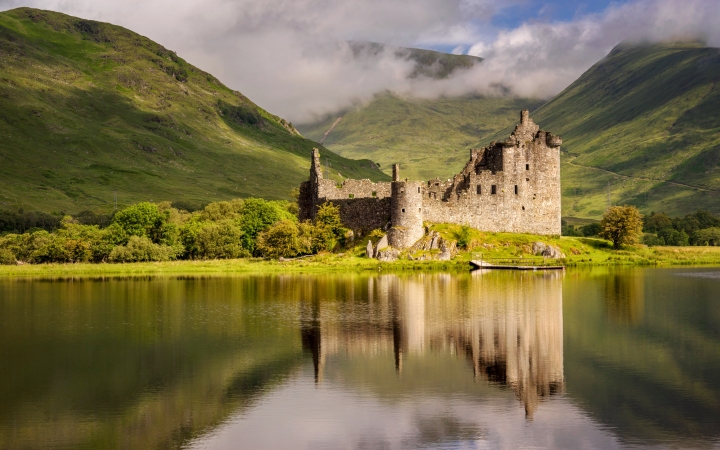 Kilchurn Castle sits in a stunning location on the shores of Loch Awe. It was built in the mid-15th century as a base for the Campbells of Glenorchy and helped them dominate the central Highlands for nearly two centuries. Its original incarnation consisted of a curtain wall, a courtyard, and a five-story tower house which sheltered a hall, private chambers, a cellar, and a prison. In 1689, it was given a new role and converted into a garrison stronghold which served as an outpost for government soldiers during the Jacobite risings of 1715 and 1745.