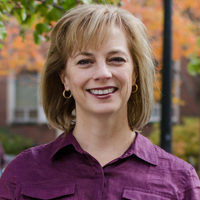 Professor of English and Medieval Literature,

Dr. Dorsey Armstrong is Professor of English and Medieval Literature at Purdue University where she specializes in Middle English Language and Literature, Arthurian Literature, and Anglo-Saxon Language and Literature. She has published extensively on Arthurian literature, including the critically-acclaimed 2009 book Sir Thomas Malory’s Morte Darthur: A New Modern English Translation Based on the Winchester Manuscript and her groundbreaking work, Gender and the Chivalric Community in Sir Thomas Malory’s Morte d’Arthur, published in 2003. Her articles have appeared in numerous scholarly publications, including Bibliographical Bulletin of the International Arthurian Society and Exemplaria. Professor Armstrong is editor-in-chief of the academic journal Arthuriana, which publishes the most cutting-edge research on the legend of King Arthur. Her most recent book (co-authored with Kenneth Hodges) is Mapping Malory: Regional Identities and National Geographies in Le Morte Darthur, an exploration of the role played by geography in Malory’s version of the story of King Arthur. In addition to her written works, Dr. Armstrong has also published a total of six recorded works in the Great Courses series for The Teaching Company, among these is King Arthur: History and Legend.