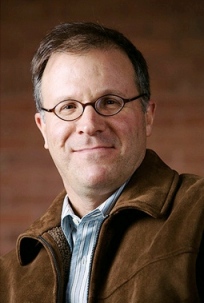 Ilan Stavans, one of today’s preeminent essayists, cultural critics, and translators, is Lewis-Sebring Professor in Latin American and Latino Culture and Five College-Fortieth Anniversary Professor at Amherst College. A native from Mexico, his books include The Hispanic Condition (1995), On Borrowed Words (2001), Spanglish (2003), Love and Language (2007), and Gabriel García Márquez: The Early Years (2010), as well as the graphic novel El Iluminado (2012), the children’s book Golemito (2013), and A Most Imperfect Union: A Contrarian History of the United States (2014). He has edited The Oxford Book of Jewish Stories (1998), The Poetry of Pablo Neruda (2004), Isaac Bashevis Singer: Collected Stories (2004), The Schocken Book of Sephardic Literature (2005), Cesar Chavez: An Organizer’s Tale (2008), Becoming Americans: Four Centuries of Immigrant Writing (2009), The Norton Anthology of Latino Literature (2010), and The FSG Books of 20th-Century Latin American Poetry (2011). His 2015 work, Quixote: The Novel and the World offers refreshing insights on the central themes at play in Don Quixote and has received international acclaim from both scholars and the public alike. His play The Disappearance, performed by the theater troupe Double Edge, premiered at the Skirball Cultural Center in Los Angeles and has been shown throughout the world. His story “Morirse está en hebreo” was made into the award-winning movie My Mexican Shivah (2007), produced by John Sayles. Stavans has received numerous awards and honors, among them a Guggenheim Fellowship, the National Jewish Book Award, the Southwest Children Book of the Year Award, an Emmy nomination, the Latino Book Award, Chile’s Presidential Medal, the Rubén Darío Distinction, and the Cátedra Roberto Bolaño. He is the publisher of Restless Books (http://www.restlessbooks.com/) and the co-founder of Great Books Summer Program (http://www.greatbookssummer.com/).